It is a one way hike mainly along the access dirt road. However, for the lower part hikers can follow the river. The track can be wet. By bike it is easier to follow the dirt road down to the village of Navra

It is possible to do the way in both directions. Lerti Lake [1'670m] is a beautifull place for a picknick but it is also possible to swim there. Since 2020 there is a small cafe close to the lake.

Twice a week there is a public bus coming up from Shuakhevi.

From the pass in Meria Keli [2'330m] a dirt road goes a bit up to a line of alp houses. Behind the line of houses the road goes to the North. From here the stoneman - the first milestone of the trail is already visible. At one point the trail follows some cow trails up to the east until the trail reaches the sattle. From the sattle the trails goes up to the stoneman at 2'565m.

From the (first) stoneman the trail follows the ridge to the East. At the next mountain a cow trail goes up to the left and from there again along the ridge. After a small peak a small lake is visible and a hundret meters further lies a second lake - the Sheid Lake [2'610m].

Eather go back or descent into the valley and follow the cow tracks back to Meria Keli.

Starting at the Alp Hut in Meria Keli [2'400m] the trail first goes down to the river Natanebi. There is an alpin driving track which can be followed. Above the river the trail goes around the smaller Wolfsbed mountain. On the north side the trail comes to the first small alpin lake. There is a second lake on the right hand side.

For the way back we suggest to hike a little bid higher. There is a cow trail which can be followed easily. The trail leads to the tiny alp village with the name Wolfsbed [2'400m]. From there a basic driving track leads back to the Alp Hut. 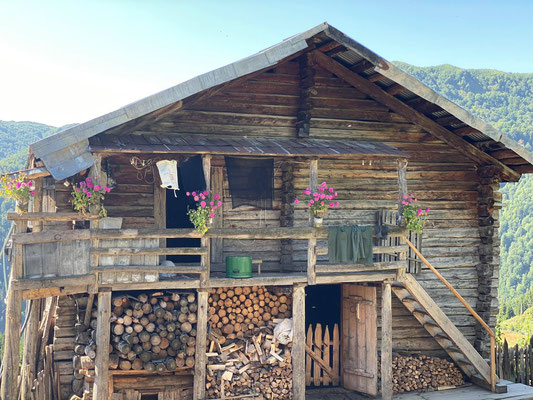 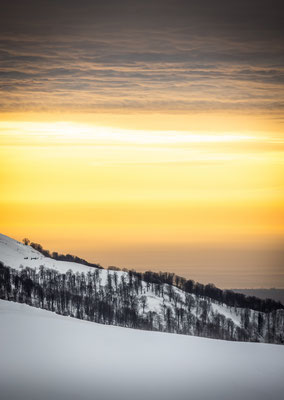 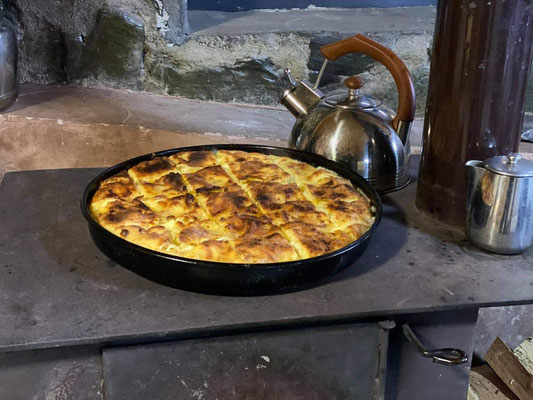