As always the hike starts at the PIONEERS. From there follow the river upstream - on either side of the river possible - until you need to follow the street to the Hotel Bakhmaro. On the opposite side of the road Guria Street is going up the slope. You can follow a dirt road into a small valley. Unfortunately this formerly beautiful valley was destroyed by many illegal building.

You can follow the trail until the old airfield at the Chokhatauri-Bakhmaro road. Cross the road where you find an official hiking map describing the second part of the trail. Follow the dirt road to Sachewakho and from there around Sunset Mountain. From the side of Small Bakhmaro the track goes up to the top.

On a beautiful day in the summer you will share the view with a hundred other people.

There are different ways to sunset mountain. A nice option for a ride with horses is to follow the river downstream. As it is necessary to cross the river and there is no bridge and the river to big to find stones, it is necessary to walk through the water. An the other side it goes up and then down again to an area which is called Small Bakhmaro. From there it is a longer ascent to Sunset Mountain.

This route goes then directly down to Bakhmaro - the fastest but also steepest way.

The round tour to Patara Phapara starts at the bridge in Bakhmaro. First the track follows the dirt road to the alp village of Phaphara. Local farmers have there their vegetable gadens and grow cattle.

After the last houses no way is visible anymore and the cow-trails are leaeding steep up to Patara Phapara [2'160m]. On the other side is also no proper hiking trail until the first houses. From there a dirt road goes over a small ridge down to the east part of Bakhmaro.

Along the river it goes back to the bridge.

Starting at The PIONEERS the track goes up Adjara Street till Chedrekili. From there 2 opions are possible directly down the old forestry track or around Buksieti on the road to Adjara.

After reaching some houses the trail starts to climb again. In some parts the trail is steep and with loose stones not easy to climb by bike.

At the top is again a great view over the Kolchis and all the way to the Greater Caucasus. The downhill to Muchuta is easy again. Please respect the villages and adjust your speed.

The last kilometres are on the access road - easy to climb or even s shuttle is possible.

There  is a beautiful old trail from Chkhakoura to Muchuta or via Chedrekili to Bakhmaro. In the moment the trail is overgrown by blackberries, nettles and fern. However, once reestablished it will be a great link to the Bakhmaro.

The trail starts at the hangar of powderproject.ch in Chkhakoura an passes above the village towards the opposite part of the valley. In the forest the trail goes steep up. Above the treeline the view is amazing. The trail passes an old abandoned alp and goes then up to the ridge of the Muchuta Range.

A cowtrail leads then to the west traversing the slope. It would be also possible to hike further up to Mount Chedrekili [2'507m] and from there to Bakhmaro.

We chose a forestry road down to the street but it would also be possible to hike to the alp village of Muchuta.

In the moment the trail is almost impossible to find! We lost the trail although hiking with a local knowing the trail. Do not follow the XPS track as it is leading into dense forest. The trail is further to the right. Above the steep part we fund the trail again. 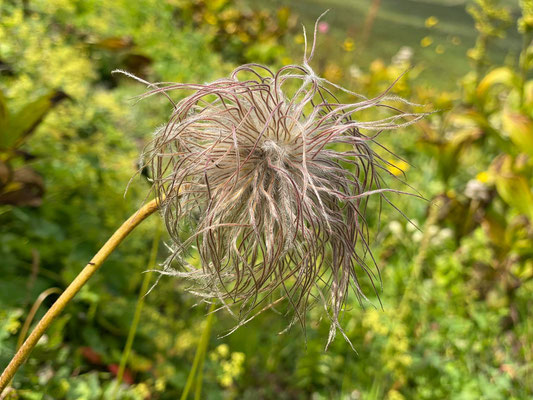 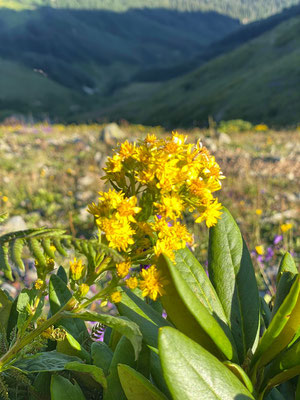 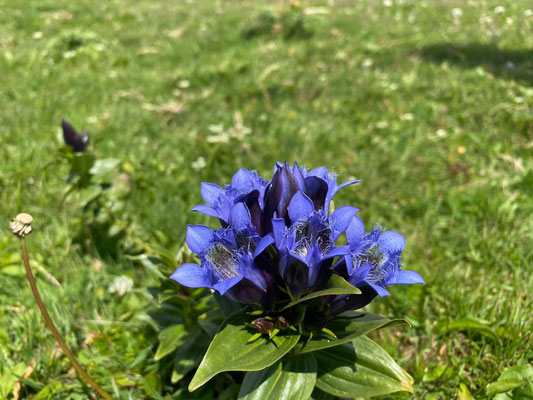